The onset of advanced heart failure during a woman’s second pregnancy required the implantation of a left ventricular assist device to sustain her life until heart transplant. 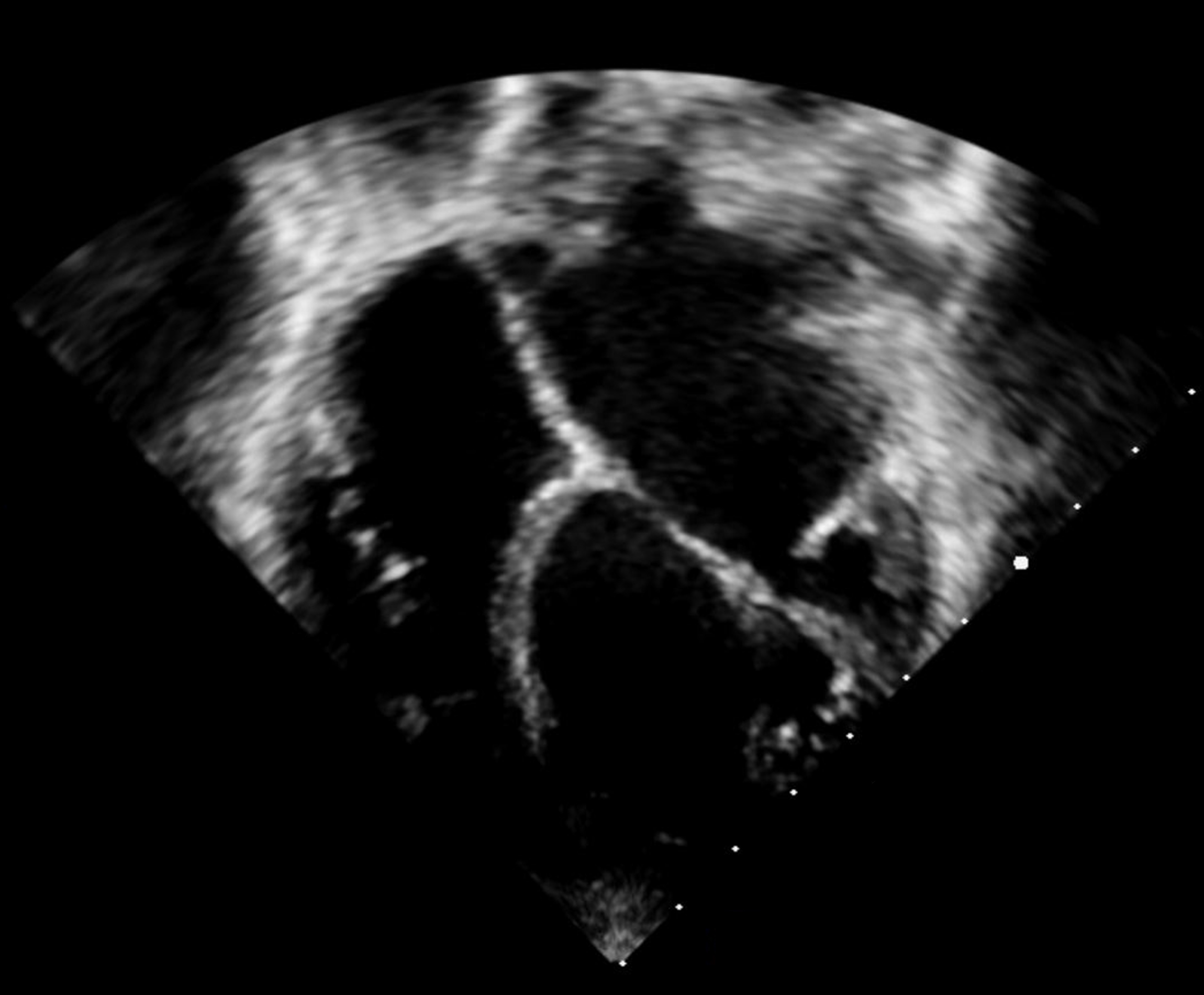 Pictured above is a two-dimensional echocardiography in a patient with dilated cardiomyopathy.

The traditional signs of heart failure — fatigue, shortness of breath and swelling of the feet and legs can be easy for physicians to spot in most patients. But how do you distinguish heart failure in pregnant patients, when those signals mirror common symptoms of third-trimester pregnancy?

“Younger patients are actually at greater risk of going undiagnosed or misdiagnosed,” said Eugene DePasquale, MD, medical director of the Heart Failure, Heart Transplantation and Mechanical Circulatory Support Program at Keck Medicine of USC. “It can be easy for doctors to forget about the possibility of heart failure.”

DePasquale and his colleagues at the Center for Advanced Heart Failure at Keck Medicine met this challenge head-on in October 2020 when treating a 36-year-old California woman who had recently given birth to her second child.

While recovering from her delivery, the patient suddenly felt like she was suffocating. She handed her infant to a nurse and said, “Something’s wrong. I can’t breathe.”

Tests revealed that the patient had peripartum cardiomyopathy, a form of heart failure that occurs during the last month of pregnancy or the first few months postpartum. The exact cause remains unknown, but the strain of pregnancy, along with hypertension and inflammation, may play a role.

Preparing for heart transplant after pregnancy

According to DePasquale, the patient may have also developed a milder case of peripartum cardiomyopathy during her first pregnancy two years earlier, despite having no known family history of heart disease.

“This type of cardiomyopathy is thought to occur somewhere between one in 1,300 to 4,000 live births,” DePasquale said. “There’s a different array of presentations — some can be milder, but hers was more severe.”

In the short term, the California woman began feeling better, and was able to return to her job in fashion retail while taking care of her young family. But about a year later, her symptoms returned, resulting in an emergency transfer to Keck Hospital of USC.

At that point, it was clear that she would require a heart transplant.

To save the patient’s life, Raymond Lee, MD, surgical director of mechanical circulatory support and heart transplant at Keck Medicine, implanted a left ventricular assist device (LVAD) in the patient’s chest to pump along with her own heart.

Two months later, in December 2020, Lee implanted a second LVAD device intended for extended use, which allowed her to return home while awaiting a new heart.

The implanted mechanical pump helps the heart’s main pumping chamber send nutrient- and oxygen-rich blood to the rest of the patient’s body, a function that will sustain her life until she gets a match for transplant.

DePasquale and Lee agree that persistent symptoms are a sign for OB/GYNs and primary care physicians to consider further action, with early intervention providing patients with the best chance for positive outcomes.

“It could be very subtle findings, like the patient’s fatigue is out of proportion, they’re showing signs of pulmonary edema or have murmurs in their heart,” Lee said.

Use Our Quick
Referral Form